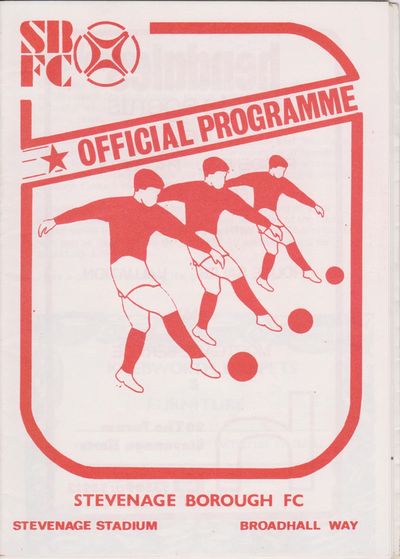 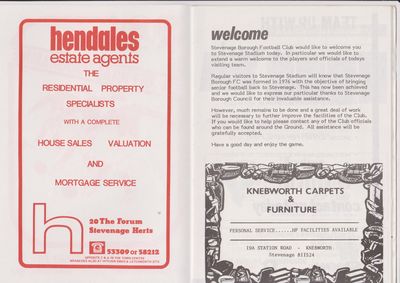 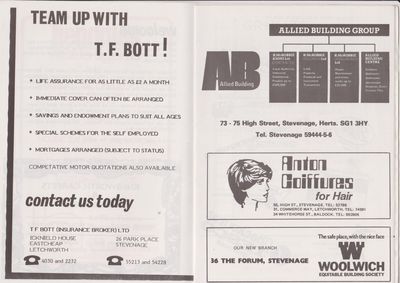 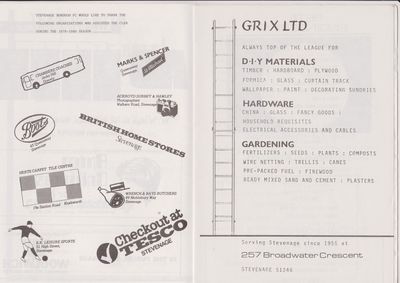 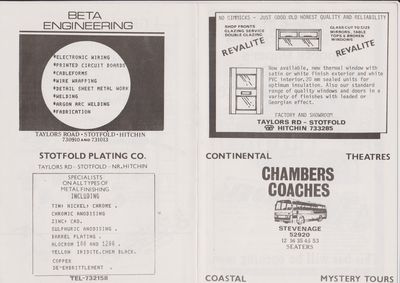 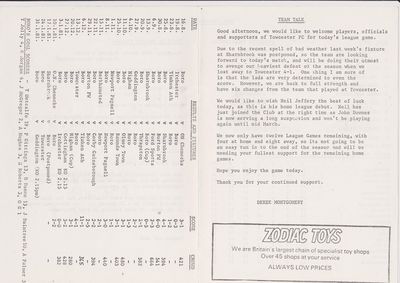 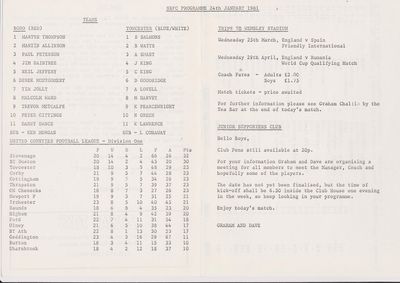 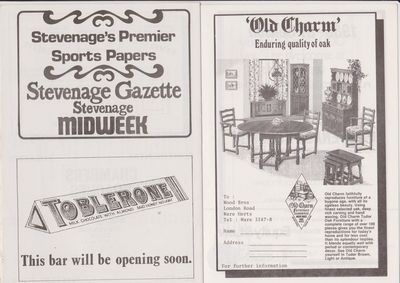 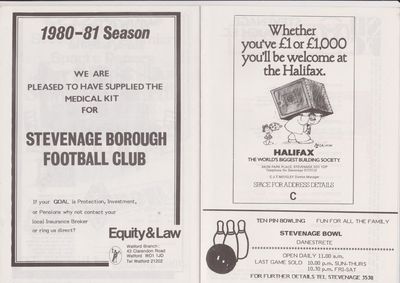 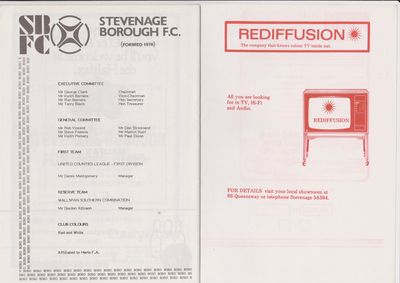 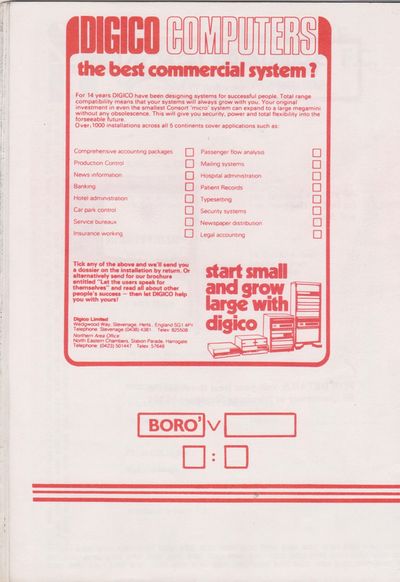 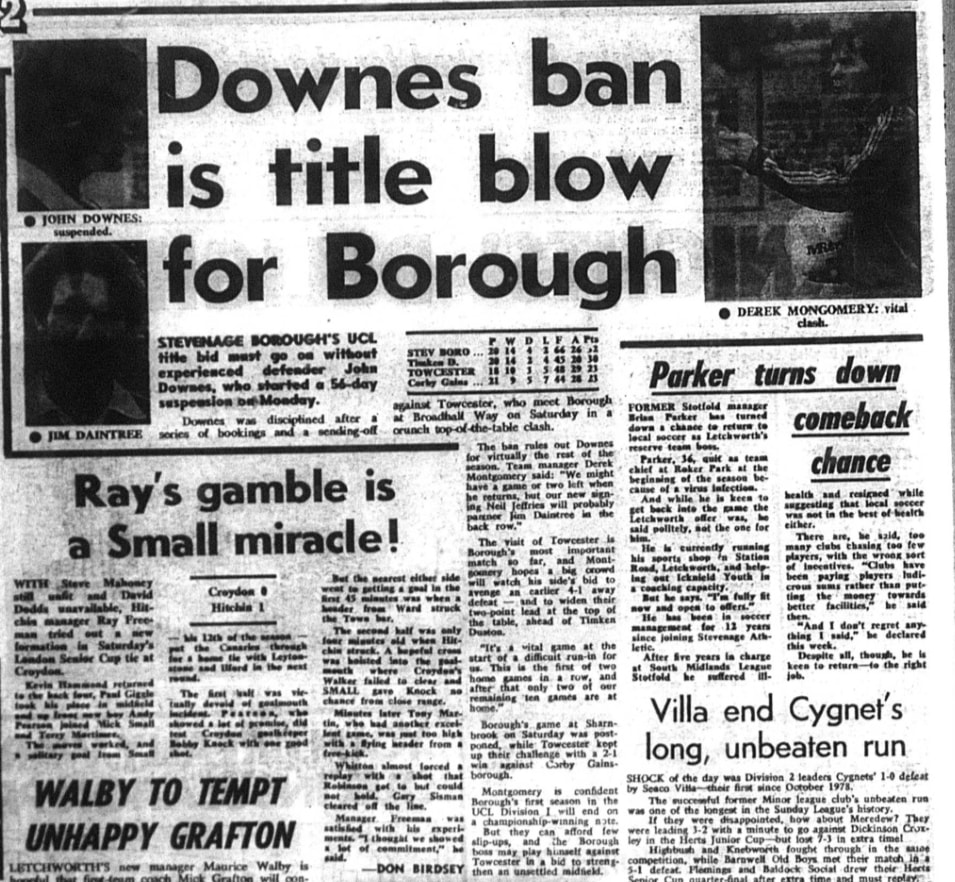 STEVENAGE BOROUGH's UCL title bid must go on without experienced defender John Downes, who started a 56-day suspension on Monday.

Downes was disciplined after a series of bookings and a sending-off against Towcester, who meet Borough at Broadhall Way on Saturday in a crunch top-of-the-table clash.

The ban rules out Downes for virtually the rest of the season. Team manager Derek Montgomery said: "We might have a game or two left when he returns, but our new signing Neil Jeffries will probably partner Jim Daintree in the back row."

The visit of Towcester is Borough's most important match so far, and Montgomery hopes a big crowd will watch his side's bid to avenge an earlier 4-1 away defeat - and to widen their two-point lead at the top of the table, ahead of Timken Duston.

"It's a vital game at the start of a difficult run-in for us. This is the first of two home games in a row, and after that only two of our remaining games are at home."

Borough's game at Sharnbrook on Saturday was postponed, while Towcester kept up their challenge with a 2-1 win against Corby Gainsborough.

Montgomery is confident Borough's first season in the UCL Division 1 will end on a championship-winning note. But they can afford few slip-ups, and the Borough boss may play himself against Towcester in a bid to strengthen an unsettled midfield. 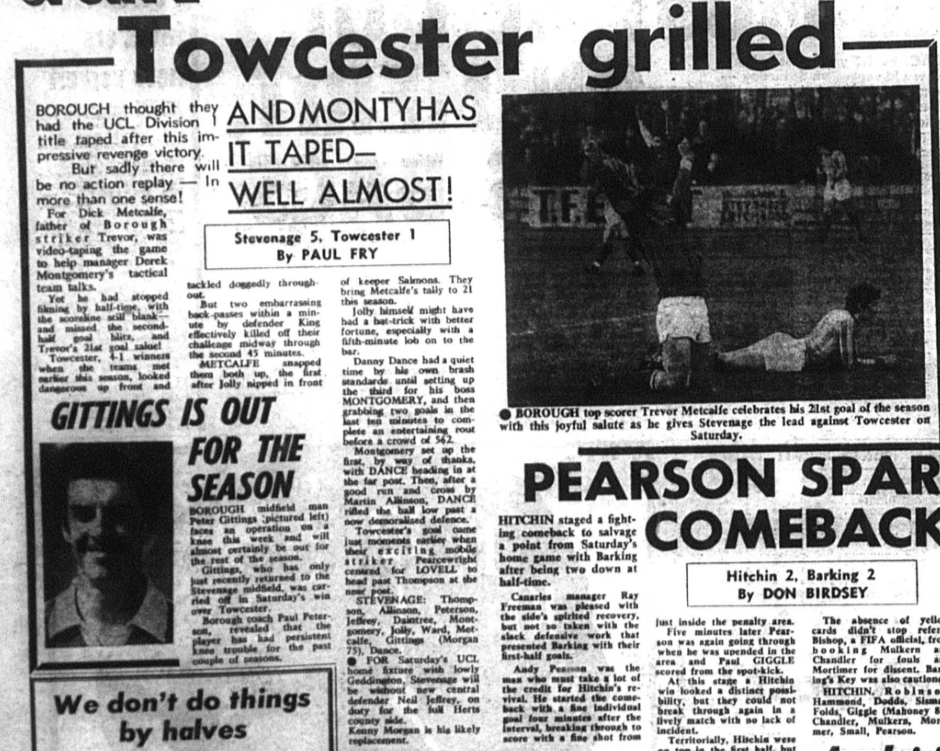